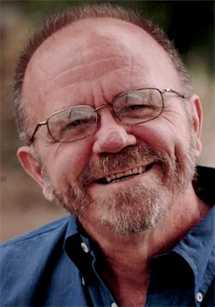 The steady stream of opportunity to honour the work of helping professionals is one of the greatest gifts Tom Regehr receives through his work with CAST Canada. Through formal education workshops or through regular conversation he speaks to those on the front lines of human suffering, and he acknowledges just how important their work is.

"They do some of the most important work on the planet, and they are often underpaid and sadly under-appreciated
in our society,” Tom says.

He’s been there on the front lines, drawn there through his darkest moments seeking a path to a better life after years of severe alcoholism and drug addiction led him to live with no shelter, no heat, no food and no meaningful relationships or companionship. Unaddressed childhood trauma and his inability to resolve the grief and pain that grew as a result led him through his continual descent, and it was the support of some key people and organization that drew him back. The trauma and suffering of his earlier life isn’t the focus of what he does through CAST Canada, but it does inform his work and offers him a unique perspective. During his early recovery, he accessed several types of services, eager to find something that would offer him the clarity he needed. A 28-day, in-house detox program failed in almost every way possible, yet it offered him a safe place. For the first time in prolonged memory, he knew where he was going to sleep the next night.
“That had a profound effect on my ability to be present in the moment.”   Tom says.

He ventured from there to the Credit Valley Drug and Alcohol Program which stands out in his mind as and example of the a program done right. Counselors and professionals held true respect for those they sought to help, and the programs were excellent. Tom refers to one therapist he worked with at a different agency as “the architect of my reconstruction,” and it was in those sessions that he realized just how important the role of the helping professional is.

Still in these early stages of recovery, Tom was asked to sit on an addiction-focused committee with one of Ontario’s Ministry of Health District Health Councils. It was pure tokenism, Tom says, yet in the process he learned the ways in which executive directors and policy-makers with critical organizations approached the lives of the vulnerable. He learned their needs, their challenges and their language.

In 1999 Tom began to run the first C.A.S.T. support groups – Come And Sit Together– and for five years, with his feet firmly planted on the ground, he watched people come into the sessions and make positive change in their life. They felt safe, they wanted to be there and they made progress that for most of them could not have been achieved through a twelve-step program. CAST evolved and a series of more than 100 panel discussions between front line professionals and people in active recovery sprung into being, and each of these discussions formed the basis of knowledge that continues to inform CAST Canada’s approach to education.

Tom is also the Executive Director of the young Non Profit entity, The CAST Projects 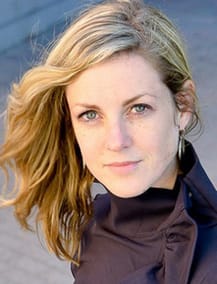 Becca Partington has long understood that strength of body, mind and spirit is easier to achieve when one is part of a strong community. In her position as coordinator with CAST Canada, she’s honoured to play a part in this reality with the people she works alongside. Becca moved to Peterborough in 2000 to finish her degree in English Literature at Trent University after first studying psychology and dance at Toronto’s York University. In Peterborough she quickly discovered that a cohesive sense of community was something she craved in both her work and home life. Her career path began by working alongside people living with disabilities through Community Living Peterborough and, later, with adult survivors of acquired brain injury as a Recreation director and Peer support coordinator. She also took some small contracts at the local library in the small town of Norwood, where she lives with her young family, and she continued developing her passion for community engagement by working with youth in drop-in teen programs and story-time for preschoolers. This was ideal as a young mother and caregiver to parents living with serious health concerns.

In 2011 Becca joined CAST Canada as coordinator and works alongside founder Tom Regehr in the strategic planning of CAST’s goals, meshing her own passions for creating meaning and improving quality of life with Regehr’s original mandate to reduce suffering in our communities. With a combined history of front line work as a health and helping professional and a family caregiver Becca understands the complex emotional needs of today’s human services world. She offers her passion for community along with her intrinsic understanding of the role of dance, movement and music in healing those who face trauma in life.

Through a blend of networking, community engagement, workshop facilitation and marketing, Becca keeps busy at the CAST office.  As former  Director of Operations for their  non profit wing, The CAST Projects she  worked first hand in creating a trauma informed, emotionally adept youth programming!   She is  certified as a Powerful Tools for Caregivers program Leader and is pleased to have been running this 6 week psycho-educational support sessions through The CAST Projects.

Becca chairs the committee for the Nexicom James Fund Golf Classic which supports families living under the shadows of Neuroblastoma, she canvasses with her children and on behalf of her mother for the Heart and Stroke Foundation every February, and is an advocate and fundraiser with JDRF since her son's diagnosis with Type 1 diabetes.